NMR makes it possible to measure very accurately the magnetic fields which reign around a nucleus. The nucleus is therefore used as a probe of its immediate environment, on a very local scale.

To do this, NMR uses the spin that certain nuclei have to very finely measure the magnetic fields that prevail in matter. This spectroscopic technique is based on the Zeeman effect which removes the degeneration of nuclear levels under the effect of a magnetic field. It relies on the resonance phenomenon which makes it possible to very finely measure the difference between these levels, proportional to the magnetic field felt by the nucleus.
This technique is based on the very foundations of quantum mechanics. It is used every day in hospital MRIs, but also by chemists and physicists in laboratories to closely study the properties of matter at the atomic scale. 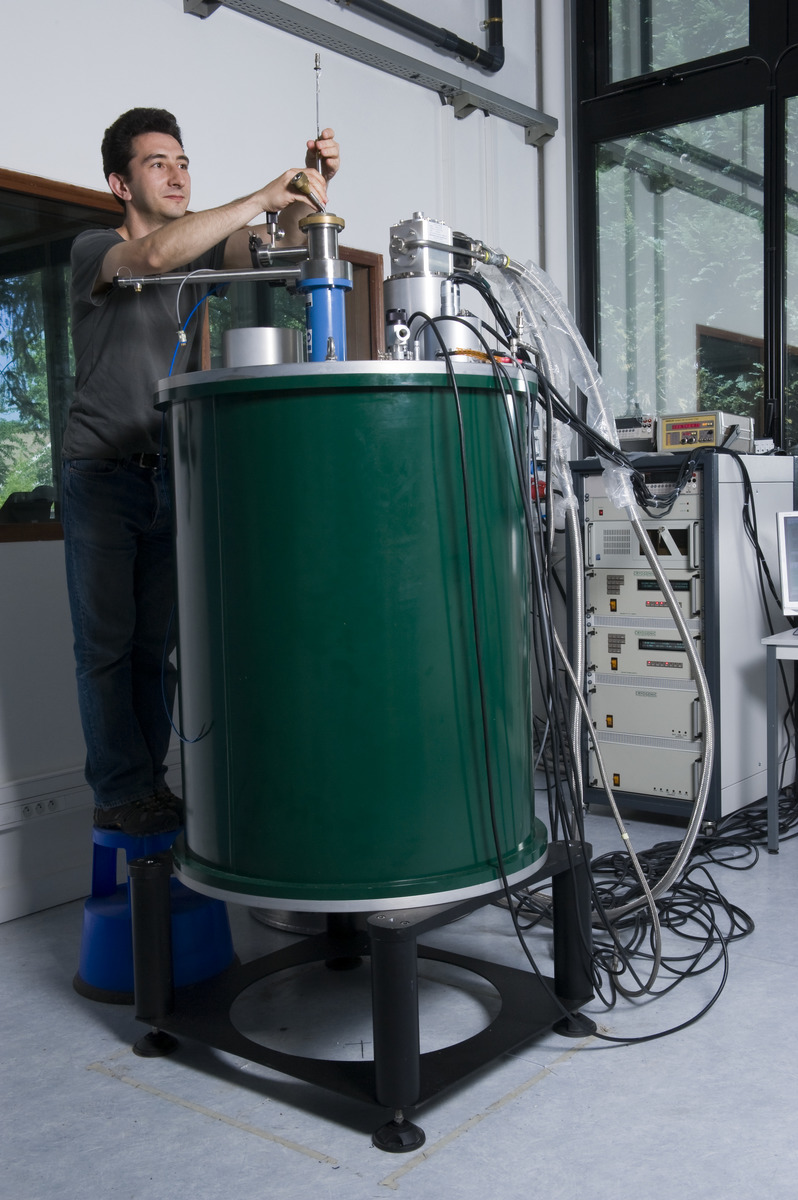