MuSR is a technique that relies on the implantation of muons in matter. It can probe the magnetic fields created at the muon site and the organization of the surrounding spins, ordered or disordered.

The muon is a charged particle with a spin. It is produced in accelerators by the collision of protons on a target. Carried by a beam line towards the material to be studied, the positive muons are implanted in well-defined sites where their electrostatic energy is minimal. They then interact by Zeeman effect with the local field created by their magnetic environment as in NMR. Each muon decays after a few microseconds, producing, among other things, a positron whose direction of emission is related to the local field. By detecting positrons, we can go back to the local magnetism near the muon. This technique thus allows a detailed study of the properties of matter at the atomic scale. It represents a marriage between the physics of large particle accelerators, quantum physics and exploratory studies in solid state physics. 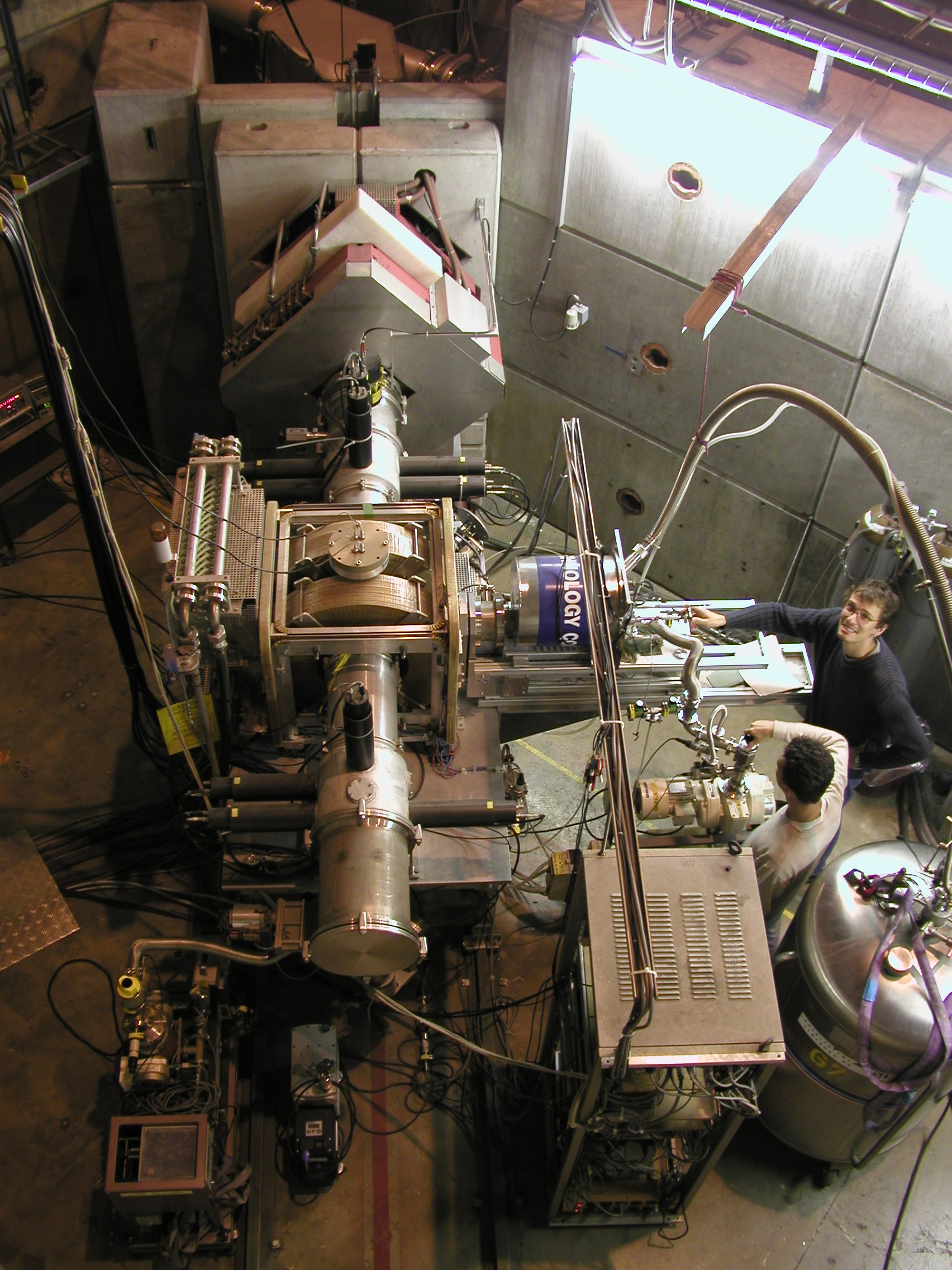